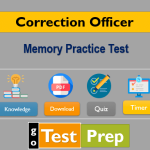 Correction Officer Memory Practice Test: Free Online Memory, Observation, and Counting Questions and Answers: Answer questions that test your memory skills. Memory questions can be based on pictures or on written materials; you may get the materials ahead of time or on test day. However the memory questions are structured, this chapter will help you answer them correctly.

Some people remember names well, but cannot put them with the right faces. Others forget names quickly, but know exactly when, where, and why they met the person whose name they have forgotten. There are a few lucky individuals who possess what is commonly referred to as a “photographic memory,” or total recall.

Study the short passage that follows and then turn the page to look at the drawing of a street scene. You have ten minutes. After ten minutes answer the 20 questions without referring back. You have five minutes to answer the questions.

Officer Virginia Giordano is one of 12 drill instructors at Rockland Prison’s voluntary boot camp. She is a 15-year veteran and has the third longest tenure of all the instructors. Every morning at 3:45 A.M., she enters Dormitory 5, which houses 20 female inmates. She turns on the lights and yells that they have 15 minutes to meet her in front of the dormitory where they must appear dressed in running shorts, t-shirts, and running shoes for their morning roll call and exercises.

At the end of 15 minutes, any inmate who is not in line and standing at attention is required to drop to the ground and do 75 pushups. One inmate is required to count out loud for the inmate doing the pushups; the other inmates must march in place. After everyone is properly in line, Officer Giordano leads the inmates through ten minutes of stretching exercises and 15 minutes of calisthenics, and then marches them to the track and runs with the inmates in military formation for five miles.

At the end of the five miles, Officer Giordano leads the inmates through another ten minutes of stretching exercises, and then marches the 20 inmates to the cafeteria for breakfast. The inmates in the boot camp are the second group of inmates in the prison to eat breakfast. They have 20 minutes to eat and clean up the cafeteria in preparation for the next group. When they are done, they march back to their dormitories, shower, and prepare to spend the rest of the morning in the classroom studying for their GEDs.

At 10:30 A . M ., Officer Giordano marches the inmates from the classroom back to their dormitory, where they have one hour to relax. At 11:30 A . M ., the inmates return to the cafeteria for lunch. Like breakfast, they have 20 minutes to eat and clean up the cafeteria. After lunch they again return to the dormitory, where they spend an hour cleaning the dormitory until it meets Officer Giordano’s standards.

At 1:00 P.M., the inmates from Dormitory 5 split into four separate groups, each group with a different chore around Rockland Prison. The different groups work on maintenance chores such as groundskeeping and laundry. At 4:30 P.M., Officer Giordano musters the four groups together and marches the inmates back to the cafeteria, where they have 30 minutes to eat and clean up after themselves. After dinner, they return to the dormitory to clean up and face the evening’s duties. 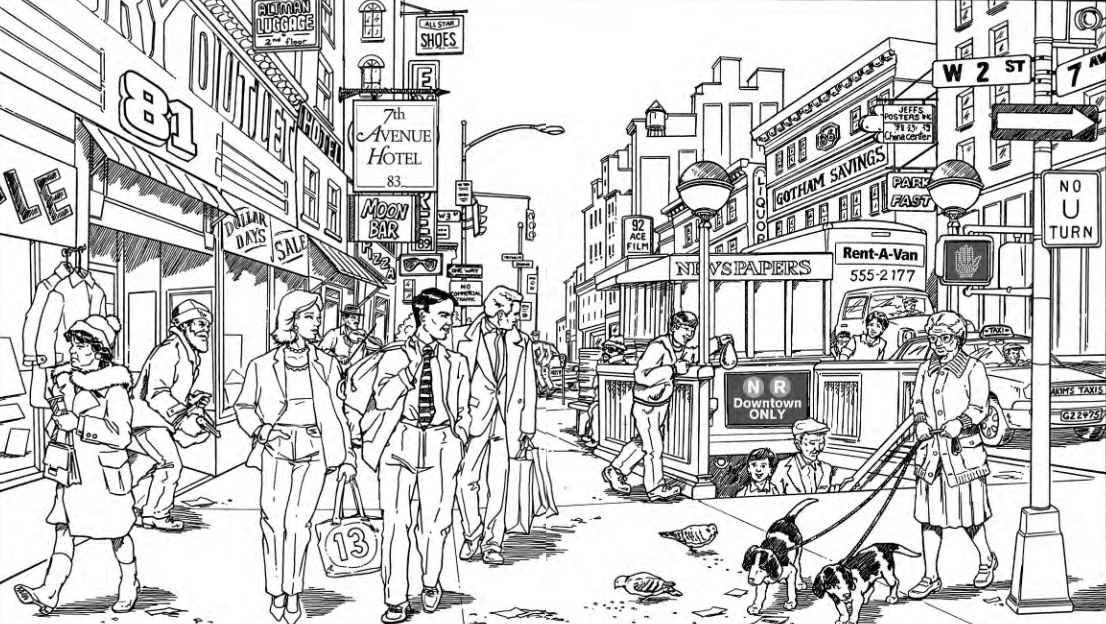