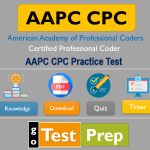 Q1. A four-year-old patient who accidentally ingests valium found in his mother’s purse is found unconscious and rushed to the ED. The child is treated with gastric lavage. What CPT® and ICD-9-CM codes are reported?

Rationale: Code 43753 is the correct CPT® code for gastric lavage performed for the treatment of ingested poison and is found in the CPT® Index under Gastric Lavage, Therapeutic. The ICD-9-CM code for the poisoning is in the Table of Drugs under Valium, referring you to code 969.4. The next code is the manifestation of ingesting the Valium – unconsciousness 780.09, this is found in the Index to Diseases under Unconsciousness. Using the Table of Drugs, find valium, and then find the E code for accidental ingestion, E853.2.

Q2. How do you report a screening colonoscopy performed on a 65-year-old Medicare patient with a family history of colon cancer? The patient’s 72-year-old brother was just diagnosed with colon cancer. The physician was able to pass the scope to the cecum. What CPT® and ICD-9-CM codes are reported?

Rationale: Rationale: Code 43753 is the correct CPT® code for gastric lavage performed for the treatment of ingested poison and is found in the CPT® Index under Gastric Lavage, Therapeutic. The ICD-9-CM code for the poisoning is in the Table of Drugs under Valium, referring you to code 969.4. The next code is the manifestation of ingesting the Valium – unconsciousness 780.09, this is found in the Index to Diseases under Unconsciousness. Using the Table of Drugs, find valium, and then find the E code for accidental ingestion, E853.2.

Q3. 56-year-old patient complains of occasional rectal bleeding. His physician decides to perform a rigid proctosigmoidoscopy. During the procedure, two polyps are found in the rectum. The polyps are removed by a snare. What CPT® and ICD-9-CM codes are reported?

Rationale: CPT® code 45315 is the correct code for the removal of more than one polyp by snare technique. In the index, look up Proctosigmoidoscopy/Removal/Polyp directing you to 45308-45315. During the proctosigmoidoscopy polyps were removed by snare technique. The correct ICD-9-CM code is 569.0 because the polyps are located in the rectum. In the Index to Diseases, look up Polyp, polypus/rectum directing you to 569.0. 211.3 is for polyps that are located in the large intestine.

Q4. 42-year-old patient is brought to the operating room for a repair of a recurrent incarcerated incisional hernia using mesh. What CPT® and ICD-9-CM codes are reported?

Rationale: An incisional hernia is when the scarred muscle tissue of a previous abdominal surgical incision bulges through a weak area in the lower abdominal muscles. The physician did not document that the patient’s hernia was bilateral, obstructed or had gangrene. This repair was performed by an open approach because it is not documented that the procedure was done laparoscopically. The code is indexed under Hernia Repair/Incisional/Recurrent/Incarcerated referring you to code 49566. When a recurrent incisional hernia is repaired, the age of the patient is not a factor in choosing the correct CPT® code for the repair. Mesh was used in the repair. The coding Tip note under code 49566 in the CPT® codebook states the use of mesh (49568) can be reported with incisional hernia repair codes. The ICD-9-CM diagnosis code is indexed under Hernia/incisional/recurrent, coding is 553.21.

Q5. 11-year-old patient is seen in the OR for a secondary palatoplasty for a complete cleft palate. Shortly after general anesthesia is administered, the patient begins to seize. The surgeon quickly terminates the surgery in order to stabilize the patient. What CPT® and ICD-9-CM codes are reported for the surgeon?

Rationale: In the CPT® Index, look for Palatoplasty.Code 42220 represents a secondary repair to a cleft palate. Modifier 53 is appended because the procedure was terminated after anesthesia due to extenuating circumstances. The diagnosis of a complete cleft palate is indexed under Cleft/palate/unilateral/complete referring you to code 749.01 (unilateral as we have no documentation this is a bilateral cleft palate). Code 780.39 is reported because the patient began to seize after administering the general anesthesia. This is indexed in the ICD-9-CM under Seizure(s).

Q6. A patient is admitted for a simple primary examination of the gastrointestinal system to rule out GI cancer. An upper GI endoscopy is performed that includes the esophagus, stomach, and portions of the small intestine. During the examination, a stricture of the esophagus is identified and subsequently dilated via balloon dilation (20 mm). What CPT® and ICD-9-CM codes are reported?

Rationale: An upper GI diagnostic endoscopy up through to a portion of the small intestine is represented by code 43235. Combined with balloon dilation (surgical endoscopy) for an esophageal stricture the correct code for this scenario is 43249. Surgical endoscopy always includes diagnostic endoscopy. In the CPT® Index, look for Endoscopy/Gastrointestinal/Upper/Dilation directing you to 43235, 43248-43249. The ICD-9-CM code is indexed under Stricture/esophagus giving us code 530.3. We do not code for GI cancer, as ―rule out‖ diagnoses are not reported in outpatient coding.

Q7. A 28-year-old female that had symptoms of RLQ abdominal pain, fever, and vomiting was diagnosed with acute appendicitis. The surgeon makes an abdominal incision to remove the appendix. The appendix was not ruptured. The incision is closed. What are the correct CPT® and ICD-9-CM codes for this encounter?

Rationale: In the CPT® Index, look for Appendectomy/Appendix Excision directing you to 44950, 44965, 44960. Code 44950 is correct. The appendectomy was performed via open incision not by using a laparoscope. According to the ICD-9-CM Official Coding Guidelines Section I.B.6-8, if a definitive diagnosis is established, that is reported. Any signs or symptoms that would be an integral part of that definitive diagnosis/disease process would not be separately reported. RLQ abdominal pain, fever and vomiting are signs and symptoms of acute appendicitis, only diagnosis code 540.9 is reported. In the Index to Diseases, look up Appendicitis/acute.

Q8. A colonoscopy is performed on a 50-year-old patient with a family history of colon cancer. Found during the procedure were multiple polyps. Two polyps in the transverse colon were removed with hot forceps cautery. Three polyps in the ascending colon were removed via snare. Portions of all polyp tissues were to be sent to pathology. What are the correct CPT® and ICD-9-CM codes for this patient encounter?

Rationale: In the CPT® Index, look for Polyp/Colon/Removal to locate code 45384 and 45385. We can code both procedure codes 45384 and 45385 as two different removal techniques (hot forceps and snare) were used to remove the polyps. Modifier 59 is used to indicate this. ICD-9-CM code 211.3 represents polyps of the large intestine, indexed under Polyp/colon and V16.0 the family history of colon cancer, indexed under History/family/malignant neoplasm/colon. The pathology code cannot be reported as we are only planning to send the tissue for examination and we do not have a definitive outcome indicating the patient has a malignancy therefore no cancer codes can be reported.

Q9. 66-year-old female is admitted to the hospital with a diagnosis of stomach cancer. The surgeon performs a total gastrectomy with formation of an intestinal pouch. Due to the spread of the disease, the physician also performs a total en bloc splenectomy. What CPT® codes are reported?

Q10. A patient suffering from cirrhosis of the liver presents with a history of coffee ground emesis. The surgeon diagnoses the patient with esophageal varices. Two days later, in the hospital GI lab, the surgeon ligates the varices with bands via an UGI endoscopy. What CPT® and ICD-9-CM codes are reported?

Rationale: Ligation of esophageal varices endoscopically is coded with CPT® code 43244.This is indexed in CPT® under Ligation/Esophageal Varices. The patient has cirrhosis reported with code 571.5, in the ICD-9-CM Index to Diseases, look up Cirrhosis/liver directing you to 571.5 as well and is coded along with 456.21 for the esophageal varices.