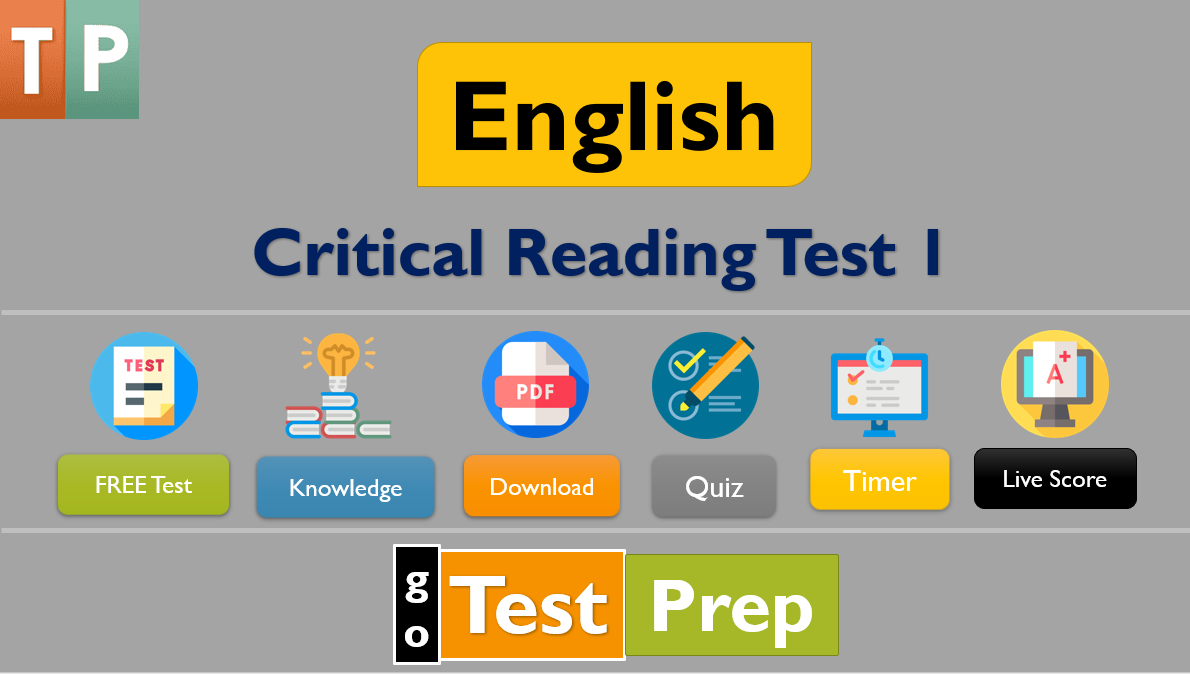 Directions: Questions follow the passage below. Using only the stated or implied information in the passage and in its introduction, if any, answer the questions.

Questions 1 through 12 are based on the  following passage:

Q1. From the details of the passage, it can be learned or inferred that

The passage explicitly refers to Celia and Dorothea as sisters. Although it does not mention their father’s death, you know that the jewels belonged to their mother, and because an uncle, not her father, gave them to Dorothea, it may be that the father is dead and they are in the uncle’s care.

Q2. The first paragraph of the passage refers to the “infant school” and “plan for some buildings” in order to suggest that Dorothea is

. That Dorothea has started an “infant school” in the village and is busy with plans for some buildings tells you at once that she is active and generous. No details in the passage suggest that she is prying, idle, ambitious, or ineffectual, although she may be rich or philanthropic.

Q3. In lines 22–23, Dorothea asks Celia whether it is “six calendar or six lunar months” because she

The preceding sentence tells you that Dorothea’s eyes are “full of laughter,” and her tone when she speaks again is “full” and “cordial.” She is teasing Celia good-naturedly, making fun of her sister’s remark that it is exactly “six months today.” In this dialogue, it is Celia who has planned what she will say, and Dorothea speaks spontaneously. Dorothea has probably forgotten all about the jewels, and Celia has probably been thinking about them for some time.

Q4. In line 36, the phrase “wanting in respect” can be best understood to mean

The phrase means disrespectful or lacking in respect. The reader must recognize that the verb “want” here means to lack, not the more common to wish for. Choice C confuses “wanting” and “wanton.”

Q5. The “argument” to which Celia has “really applied herself” (line 46) is intended to convince Dorothea to

Celia does not wish to have all the jewels, although she does want a share, and she expects to wear them. Unlike Dorothea, she is not at all Puritanical. She correctly anticipates that Dorothea might object to wearing jewelry, so she has prepared this defense on the moral grounds that she thinks will best convince Dorothea.

Q6. Although in lines 30–31 Dorothea has said, “we should never wear them, you know,” she changes her opinion because she

Dorothea, who does not care about the jewels herself, has simply not realized that Celia really wants to wear them. In lines 48–50, the reader is told that this “discovery” is astonishing to her, and the moment she realizes Celia’s true feeling, she rushes to open the cabinet. Celia’s arguments would have been more effective if she had simply told Dorothea of her real wishes because Dorothea loves her sister and is eager to make her happy. Notice that Dorothea has said that the jewels would not be worn only before she realizes what Celia really wishes

“Deprecation” is disapproval, or protest, as is suggested in this sentence by Dorothea’s saying “no.” A lessening is a “depreciation,” and a removal is a “deprivation.”

The adjective in this context comes from the verb meaning to annoy, to irk, as in to try one’s patience. In some contexts, “trying” might mean attempting or determining, but here, irksome is the best definition

The “Puritanic toleration” is Dorothea’s. She has given up all the jewels to Celia and even encouraged her to wear them. Although this is in one way pleasing to Celia, it does put Dorothea in a position of moral superiority, which Celia finds annoying.

Q10. In the last sentence of the passage, the word “unenthusiastic” refers to

. Dorothea is the Puritan, and Celia is the “unenthusiastic sister;” that is, one who has not adopted the religious extremes of self-denial, such as not wearing jewels.

Q11. The inconsistency in Dorothea’s reasoning that the passage reveals is her

Although some answers here describe Dorothea accurately, only D points to an inconsistency. Dorothea regards wearing jewelry as somehow immoral, and yet, because she sees that Celia really wants to wear the jewels, she encourages her to do so. What is right for her sister would not be right for her.

Q12. The purpose of the passage as a whole is to

The passage is centrally concerned with delineating the two sisters. Although there is some mild comedy at the expense of both, the passage is not satiric, and it reveals as much love as friction between the sisters. They are not alike, and though Celia may take pleasure in jewels, the passage is not about the dangers of materialism. The author, the reader senses, is amused by and fond of both of these young women