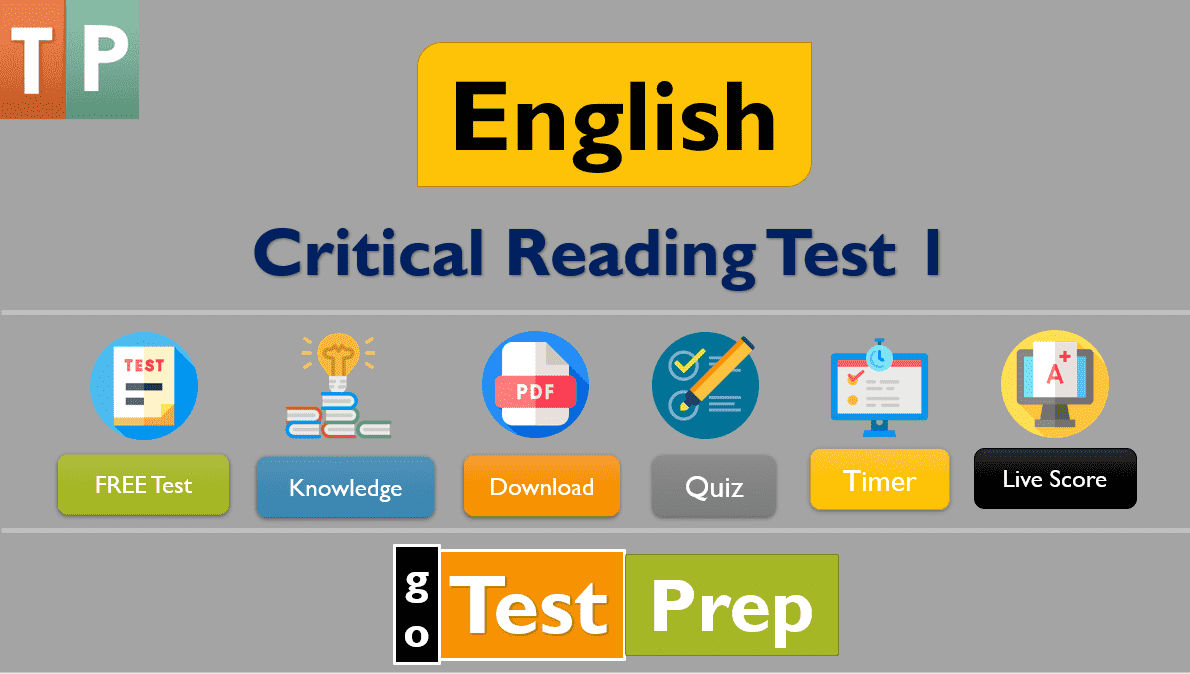 Directions: Questions follow each of the passages below. Using only the stated or implied information in each passage and in its introduction, if any, answer the questions.

Although “correspondence” can mean correlation, agreement, or similarity, here it means communication by letters. Gauguin’s “correspondence” refers to the letters he wrote to France from the South Pacific.

Q2. Gauguin found the faces of Tahitian women beautiful because of their

Gauguin’s letter refers to the quotation from Poe that finds “singularity” (oddness, uniqueness, strangeness) in perfect beauty, and he is reminded of these lines by the beauty of his first Tahitian model.

Q3. The passage suggests that a painter depicting a Tahitian in a period sometime before Gauguin would probably

The passage points out that most of the artists before Gauguin had not painted Tahitians realistically, but as “idealized types,” altered to fit European tastes, just the opposite of choice B. The passage goes on to point out that the Tahitian could “scarcely be distinguished from his African or Asian counterpart.”

Q4. It can be inferred that the author would like to see the lost paintings of Charles Giraud in order to

The reader can infer that Charles Giraud painted Tahitians before Gauguin did, but because the paintings have not survived, the author cannot know whether Giraud followed other artists and painted to suit European ideas of beauty or if, like Gauguin, he painted the Tahitians as they really were. It is for this reason the author would like to see Giraud’s work.

Q5. Of the following phrases, which does the author use to refer to the aspect of Gauguin’s art that attempts to depict the real world accurately?

I. “the image is a relatively straightforward one” (lines 38–39)
II. “desire to portray the Tahitian physiognomy naturalistically” (lines 55–56)
III. “a way of painting Tahiti that would accord with his Symbolist aspirations” (lines 64–66)

The passage opposes the terms “Naturalism” and “Symbolism.” The naturalistic or realistic in Gauguin is alluded to in lines 38–39  (“straightforward”) and lines 55–56 (“naturalistically”), and lines 64–66 refer to the nonrealistic “Symbolist aspirations.”

Q6. The passage suggests that an important problem Gauguin would have to deal with in his paintings of Tahiti was how to

The two impulses in Gauguin that appear to be at odds are his wish to render the Tahitians as they really are and at the same time to reveal a “poetic image” of the “island’s mysterious past.” The problem is discussed in the last 40 lines of the passage

Questions 7 through 15 are based on the following passage:

Q7. The purpose of the first paragraph (lines 1–23) of the passage is to

The first paragraph is introductory and presents the opposing positions on global warming and greenhouse gases represented by the climatologist Jim Hansen and the politician John Sununu.

Q8. In the first paragraph in line 13, the word “pits” means

Although “pit” (the verb) can mean to scar or remove the core of, the meaning here is sets in opposition or sets in competition.

Q9. From the information in the second paragraph of the passage, you can infer that a planet

Because neither oxygen nor nitrogen absorbs heat, neither A nor B is likely. The amount of carbon dioxide in the atmosphere can be increased by burning of fossil fuels D. In choice E, the opposite is more likely to be true because heat escapes as infrared radiation. Because carbon dioxide absorbs heat, a planet with more in its atmosphere would be warmer.

Q10. The passage implies that a greenhouse gas is one that
I. forms a large part of the earth’s atmosphere.
II. absorbs heat escaping from the earth’s surface.
III. can be formed by the clearing and burning of forests.

Q11. From the passage, it can be inferred that all the following are greenhouse gases EXCEPT

Q12. Which of the following, if true, would call into question the argument of the Marshall report?

I. Since the earth’s climate did not grow colder in the five hundred years since 1400 when the amount of greenhouse gases released by
humans was small, there is no reason to expect a decrease in temperature when the amounts of gas released are now much larger.
II. The radical reduction of the emission of greenhouse gases will result in massive unemployment throughout the industrial world.
III. Some scientific studies have shown that the temperature of the earth is unaffected by the presence of oxygen in the atmosphere.

Q14. Stephen Schneider probably referred to Sununu’s “brandishing the [Marshall] report as if he were holding a crucifix to repel a vampire” in order to

I. amuse his audience.
II. suggest that Sununu’s claims are melodramatic.
III. imply that the idea that greenhouse gases are dangerous is as imaginary as a vampire.

The image of Mr. Sununu as a character in a Dracula film was probably intended to amuse the audience and to make the opponent seem a bit ridiculous. It would also suggest that the claims are melodramatic. A believer in the danger of too much greenhouse gas in the atmosphere would not be likely to suggest that the danger is imaginary, so the third statement is very unlikely

Q15. The effect of the final paragraph of the passage is to

The final paragraph leaves the debate unresolved. Although a reader of the whole passage may feel a slight bias in favor of the climatologists, the final paragraph asserts that neither side can prove its case beyond a reasonable doubt.