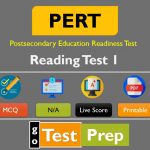 This session contains three reading selections with eighteen multiple-choice questions and two open-response questions. Mark your answers to these questions in the spaces provided in your Student Answer Booklet.

In A Dog Year, Jon Katz writes about the strong bond that develops between him and his two yellow Labrador retrievers, Julius and Stanley. Read the excerpt and answer the questions that follow.

from A Dog Year
by Jon Katz

(1) We hardly had a bad moment, the three of us, so neatly did we fit together, interlocking pieces of the puzzle that is the varied partnership between humans and dogs.

(2) Julius and Stanley embodied the noblest characteristics of their proud breed. They were handsome, loyal, utterly dependable, and affectionate. Julius came first. My daughter was young, and while there are different viewpoints about this, I personally don’t believe there’s a more rewarding moment for a parent than handing a happy, squirming, doe-eyed Lab puppy over to a small kid. I carry the look on her face in my memory, and while there are times when I can’t remember what day of the week it is, I can always recall the wonder and joy in her eyes as if it had just happened.

(3) Although I bought the dog with my daughter in mind, she was soon playing computer games and collecting garish-looking dolls, and I was out in the chill winter mornings cheering and exulting when a puzzled but earnest puppy took a dump outside.

(4) Julius became mine, of course, the two of us bonding as if by Krazy Glue.

(5) A year later, the breeder called and invited me to take a ride with my daughter to see the new litter. I was just looking, I assured my muttering and incredulous wife, Paula, who’d dragged Julius’s old plastic dog crate out of the basement, ready to house its new resident, before I’d left the driveway.

(6) My daughter and I returned with tiny, heart-melting Stanley. Julius was initially dubious about this new pest he had to contend with, but within a couple of days the two Labs loved each other as much as I loved them both, and they loved me and my family and, well, everybody who passed by.

(7) It was a happy relationship from the first, and it only grew better, more comfortable. Both dogs were housebroken within days, settling happily into hours of rawhide-chewing.

(8) Our lifestyles, as they say, meshed perfectly. Neither dog had much interest in running around.

(9) Their great genius was doing nothing in particular with great style and dedication. Both disdained traditional canine tasks such as pursuing squirrels or rabbits, digging, or destroying property. Their chosen work was to reflect on the state of the world, lick neighborhood kids, and accompany me through midlife.

(10) In the morning, neither dog moved a muscle until I did; then both slithered into bed for a family cuddle. After I was up and dressed, they sat quietly and attentively beneath the kitchen table, staring hypnotically at their food bowls, as if the power of their gazes would conjure up something tasty.

(11) After breakfast, the early walk through our pleasant suburban neighborhood was leisurely, Julius and Stanley forensically sniffing along behind. Certain shrubs and rocks were always carefully inspected, each at a quite deliberate pace, the only area in which they would not compromise. Nothing could rush them; they’d go over every millimeter of a sapling’s bark, undistractedly, until satisfied. A rabbit could hop right by—and sometimes did—without interrupting them.

(12) For a half hour or so, the dogs proceeded at such stately paces and behaved so dependably that I was free to think about the coming day, what I wanted to write, how I wanted to write it. Our walks were tranquil, interrupted only by a stream of friends and admirers, from dog buddies to school-bus drivers.

(13) Despite their historic roles as hunting dogs, however, they disdained rain and snow, and in inclement weather mastered a convenient hundred-yard dash to the nearest tree, then turned and hustled back inside.

(14) Then it was time for work. I prepared a sandwich for each, taking two big rawhide chews and slathering a layer of peanut butter in between. Julius and Stanley carried the concoctions to the backyard and settled in for a deliberate gnaw, after which they were spent, and needed to refresh themselves with a long rest.

(15) If the weather was fine, the dogs would spend much of the morning dozing in the yard. They might rouse themselves to bark at a passing dog. Mostly not.

(16) On unpleasant days, they came into my study and offered themselves as footrests, both tucked underneath my desk, one on my left, one on my right.

(17) I never had to provide much in the way of instruction. These guys knew how to relax. When the computer chimed as it booted up (I am an unswerving Macintosh man), the dogs dropped to the floor as if they’d been shot. They didn’t move until they heard the monitor thunk off, at which point they’d rise (cautiously), ready for another stroll.

(18) After a year or so, Julius and Stanley had achieved a Labrador state of grace, the ability to become an organic part of your life rather than an intrusion into it.

(19) For a writer, having two such quiet and patient companions is a godsend. They warded off loneliness. They also kept me from a purely sedentary existence. After lunch, we’d rack up another mile or two at our usual unhurried pace.

(20) Through the day, I supplied rawhide chews, pigs’ ears, indeterminable and smelly dried bull parts, and a rain of treats and biscuits. It was ridiculously indulgent, of course, but I could not do enough for these boys, nor they for me. I tried to repay them for their love and unflagging loyalty, even though that was unnecessary and impossible.

(21) They had their idiosyncracies. Julius was so unconcerned about wildlife (the sort his brethren traditionally retrieved) that he’d been known to nap inches from a rabbit’s nest in the garden. And when Stanley wanted to chase a ball—which was much of the time—he would nip me in the butt to get me moving.

(22) Once in a great while somebody would strew the garbage around the house, in the centuries-old tradition of Labs in Newfoundland who worked with fishermen, loved the cold, wet outdoors, and had to forage for food; they got to be pretty flexible about what they’d put in their stomachs. If I left them alone in the house, they collected odd articles of clothing—my wife’s fuzzy bedroom slippers were a favorite—and slept with them.

(23) It had been years since either dog had been on a leash or given me reason, despite the technicalities of local leash laws, to use one. Every kid in the neighborhood knew them and waved at them from bikes and car windows, through soccer-field fences. For many, they provided the first introduction to dogs, and they set a high standard. Over the years, many people told me that Julius or Stanley had inspired them to go out and get a dog.

(24) When night fell, so did the Labs, settling on their cedar beds for a final rawhide snack, and descending into a deep, unmoving sleep.

(25) After some years—Stanley was seven and Julius eight—we moved almost like a school of fish, the three of us veering in one direction, then another. We turned corners at the same time, sat in various parks and yards sharing lunch.

(26) All the one ever asked was to live, play, and work alongside me. All the other one wanted besides that was the chance to swim in ponds once in a while and chase a ball a few times a day. They got what they wanted. So did I.

Q1. Based on paragraphs 3 and 4, what caused the author to bond with Julius?

Q2. In paragraph 5, what does Paula imply by taking the old dog crate from the basement?

Q4. Paragraphs 21 and 22 describe the dogs’ “idiosyncrasies.” Which of the following best defines an idiosyncrasy?

Q5. According to paragraph 22, why would the dogs get into the garbage?

Q6. According to the excerpt, what reputation did Julius and Stanley have in the author’s neighborhood?

Q7. Read the sentence from paragraph 25 in the box below.

This is box title
After some years—Stanley was seven and Julius eight—we moved almost like a school of fish, the three of us veering in one direction, then another.

What does the simile “like a school of fish” reveal about the author and his dogs?

Q8. In paragraph 11, what does the term forensically suggest about how the dogs were sniffing?