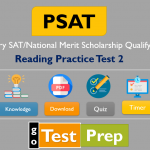 The following passages are excerpted from Abraham Lincoln’s two inaugural addresses. The first was given in 1861, before the Civil War began. The second was delivered in 1865 as the fighting between North (anti-slavery) and South (pro-slavery) raged. (1865 was the final year of the Civil War.)

One section of our country believes slavery is RIGHT, and ought to be extended, while the other believes it is WRONG, and ought not to be extended. This is the only substantial dispute. The fugitive-slave clause of the Constitution, and the law for the suppression of the foreign slave-trade, are each as well enforced, perhaps, as any law can ever be in a community where the moral sense of the people imperfectly supports (5) the law itself. The great body of the people abide by the dry legal obligation in both cases, and a few break over in each. This, I think, cannot be perfectly cured; and it would be worse in both cases AFTER the separation of the sections than BEFORE. The foreign slave-trade, now imperfectly suppressed, would be ultimately revived, without restriction, in one section, while fugitive slaves, now only partially surrendered, would not be surrendered at all by the other

(10)  Physically speaking, we cannot separate. We cannot remove our respective sections from each other, nor build an impassable wall between them. A husband and wife may be divorced, and go out of the presence and beyond the reach of each other, but the different parts of our country cannot do this. They cannot but remain face to face, and intercourse, either amicable or hostile, must continue between them. Is it possible, then, to make that intercourse more advantageous or more satisfactory after separation than (15) before? Can aliens make treaties easier than friends can make laws? Can treaties be more faithfully enforced between aliens than laws can among friends? Suppose you go to war, you cannot fight always; and when, after much loss on both sides, and no gain on either, you cease fighting, the identical old questions as to terms of intercourse are again upon you.

This country, with its institutions, belongs to the people who inhabit it. Whenever they shall grow weary of the existing government, (20) they can exercise their CONSTITUTIONAL right of amending it, or their REVOLUTIONARY right to dismember or overthrow it. I cannot be ignorant of the fact that many worthy and patriotic citizens are desirous of having the national Constitution amended. While I make no recommendation of amendments, I fully recognize the rightful authority of the people over the whole subject, to be exercised in either of the modes prescribed in the instrument itself, and I should, under (25) existing circumstances, favor rather than oppose a fair opportunity being afforded the people to act upon it. I will venture to add that to me the convention mode seems preferable, in that it allows amendments to originate with the people themselves, instead of only permitting them to take or reject propositions originated by others not specially chosen for the purpose, and which might not be precisely such as they would wish to either accept or refuse. I understand a proposed amendment to the Constitution—which (30) amendment, however, I have not seen—has passed Congress, to the effect that the Federal Government shall never interfere with the domestic institutions of the States, including that of persons held to service. To avoid misconstruction of what I have said, I depart from my purpose not to speak of particular amendments so far as to say that, holding such a provision to now be implied Constitutional law, I have no objection to its being made express and irrevocable.

(35) Fellow countrymen: At this second appearing to take the oath of the presidential office, there is less occasion for an extended address than there was at the first. Then a statement, somewhat in detail, of a course to be pursued, seemed fitting and proper. Now, at the expiration of four years, during which public declarations have been constantly called forth on every point and phase of the great contest which still absorbs the attention and engrosses the energies of the nation, little that is new could be presented. (40) The progress of our arms, upon which all else chiefly depends, is as well known to the public as to myself; and it is, I trust, reasonably satisfactory and encouraging to all. With high hope for the future, no prediction in regard to it is ventured. On the occasion corresponding to this four years ago, all thoughts were anxiously directed to an impending civil war. All dreaded it—all sought to avert it. While the inaugural address was being delivered from this place, devoted altogether to saving the Union without war, insurgent agents (45) were in the city seeking to destroy it without war—seeking to dissolve the Union, and divide effects, by negotiation. Both parties deprecated war; but one of them would make war rather than let the nation survive; and the other would accept war rather than let it perish. And the war came.

One-eighth of the whole population were colored slaves, not distributed generally over the Union, but localized in the Southern part of it. These slaves constituted a peculiar and powerful interest. All knew that this interest was, somehow, (50) the cause of the war. To strengthen, perpetuate, and extend this interest was the object for which the insurgents would rend the Union, even by war; while the government claimed no right to do more than to restrict the territorial enlargement of it. Neither party expected for the war the magnitude or the duration which it has already attained. Neither anticipated that the cause of the conflict might cease with, or even before, the conflict itself (55) should cease. Each looked for an easier triumph, and a result less fundamental and astounding.

Q1. In lines 4–5, when Lincoln says the moral sense of the people imperfectly supports the law itself, he means

In the first paragraph, Lincoln is discussing two U.S. laws that are philosophically opposed to each other: the fugitive-slave law, which requires a runaway slave to be returned to his or her owner, even if the slave has escaped to a free state, and the law which forbids the importation of slaves into the country, a law aimed at curtailing the slave trade. He says that each law is as well enforced as any law can be when the community itself is so divided on the moral issues involved. In other words, someone who supports the fugitive-slave law would be pro-slavery; and someone who supports forbidding the foreign slave trade would be opposed to slavery. The only answer choice which correctly restates what Lincoln says is d.

Q2. In line 6, why does Lincoln say it would be worse if the country’s sections separate?

After Lincoln makes the declaration that separation would make matters worse, he gives his reasons in the next sentence. He says that each side would grow more firmly entrenched in its own position, a position the opposing side finds offensive.

This question asks for the point of the entire paragraph. Lincoln makes several points here, and it’s up to you to tie them together into a coherent whole. While each answer is partially true, only choice c sums up Lincoln’s statements throughout the paragraph.

Q4. In line 31, the phrase domestic institutions of the States refers to

The key to the correct answer here lies in the phrase worthy and patriotic citizens, used to describe those who want to change the  constitution. Lincoln goes on to say that he does not object to the proposed amendment.

Q6. In Passage 2, lines 35–36, why does Lincoln say there is less occasion for an extended address?

Lincoln opens his Second Inaugural Address by saying there is less occasion for an extended address than there was at his first inauguration. He continues by comparing the two occasions, using the words then and now; and saying that the first occasion (then) called for a detailed statement, but that now, little that is new could be presented.

Q7. In line 44, in referring to insurgent agents, Lincoln means

After using the phrase insurgent agents, Lincoln says what these agents were doing— seeking to dissolve the Union. In other words, they were secessionists.

Q8. In Passage 2, whom does Lincoln blame for the war?

When Lincoln says that one side would make war rather than let the nation survive, he is laying blame at the feet of the secessionists—in
other words, the South.

Q9. In line 52, the word it in the phrase the territorial enlargement of it refers to

You have to carefully trace back through the sentence to determine if it refers to a word or phrase in that sentence. It does, in fact, refer to the word interest. You have to go back for two more sentences to discover that interest refers to slaves, not to slavery itself. Nevertheless, even if interest referred to slavery, the correct answer would still be interested.