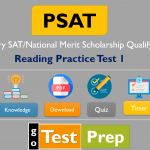 Read the passage below and the questions that follow it. As you form your answers, be sure to base them on what is stated in the passage and introduction, or the inferences you can make from the material.

This passage, written by John Fiske in the late 1800s, offers the author’s perspective on what he says are two kinds of genius.

Corresponding with these two kinds of genius, there are two classes of artistic productions. When the critical genius writes a poem or a novel, he constructs his plot and his characters in conformity to some prearranged theory, or with a view to illustrate some favorite doctrine. When he paints a picture, he first thinks how certain persons would look under certain given circumstances, and paints them accordingly. (10)When he writes a piece of music, he first decides that this phrase expresses joy, and that phrase disappointment, and the other phrase disgust, and he composes accordingly. We therefore say ordinarily that he does not create, but only constructs and combines. It is far different with the artistic genius, who, without stopping to think, sees the picture and hears the symphony with the eyes and ears of imagination, and paints and plays merely what he has seen and heard. When Dante, in imagination, arrived at the lowest (15) circle of hell, where traitors like Judas and Brutus are punished, he came upon a terrible frozen lake, which, he says, “Ever makes me shudder at the sight of frozen pools.” I have always considered this line a marvelous instance of the intensity of Dante’s imagination. It shows, too, how Dante composed his poem. He did not take counsel of himself and say: “Go to, let us describe the traitors frozen up to their necks in a dismal lake, for that will be most terrible.” But the picture of the lake, in all its iciness, with the haggard faces staring (20) out from its glassy crust, came unbidden before his mind with such intense reality that, for the rest of his life, he could not look at a frozen pool without a shudder of horror. He described it exactly as he saw it; and his description makes us shudder who read it after all the centuries that have intervened.

So Michelangelo, a kindred genius, did not keep cutting and chipping away, thinking how Moses ought to look, and what sort of a nose he ought to have, and in what position his head might best rest upon (25) his shoulders. But, he looked at the rectangular block of Carrera marble, and beholding Moses grand and lifelike within it, knocked away the environing stone, that others also might see the mighty figure. And so Beethoven, an artist of the same colossal order, wrote out for us those mysterious harmonies which his ear had for the first time heard; and which, in his mournful old age, it heard none the less plainly because of its complete physical deafness. And in this way, Shakespeare wrote his Othello; spinning out no abstract (30) thoughts about jealousy and its fearful effects upon a proud and ardent nature, but revealing to us the living concrete man, as his imperial imagination had spontaneously fashioned him.

Q1. In line 2 of this passage, the word concrete is contrasted with the word

In the first paragraph of this passage, the author compares and contrasts a series of words. To correctly answer this question, first pick out the pairs of contrasting words: poetical vs. philosophical; artistic vs. critical; concrete vs. abstract; synthetically vs. analytically; and wholes vs. aggregates. Then you can see that concrete is paired with abstract

Q2 . The author’s use of the phrase prearranged theory in line 8 suggests that

Q3. In line 27, the use of the word colossal to describe Beethoven implies

The word colossal comes from the Latin colossus and refers to a figure of gigantic proportions. The author has been discussing Dante and Michelangelo, both of whom he obviously admires. So, when he calls Beethoven an artist of the same order as those two, even if you don’t know the word colossal, you can assume he is complimenting Beethoven’s artistry.

Q4. In lines 26–29, the author uses the example of Beethoven’s deafness to illustrate

In answering this question, it is important to keep in mind the author’s purpose in writing the passage—to praise poetical genius. Beethoven is the sole composer discussed along with other creative artists the author reveres. While some of the other choices may be true, the author does not discuss them in this passage.

Q5. In this passage, the author suggests that

This is a question about the author’s main point or purpose in writing the passage. The word suggests tells you the exact phrasing of the answer choices may not be found in the passage itself. The author is praising artistic, or poetical genius and writes at length about the artistic imagination. The only answer choice that summarizes the author’s ideas is choice a. Again, while some of the other answers may be true, they are not found in the passage.